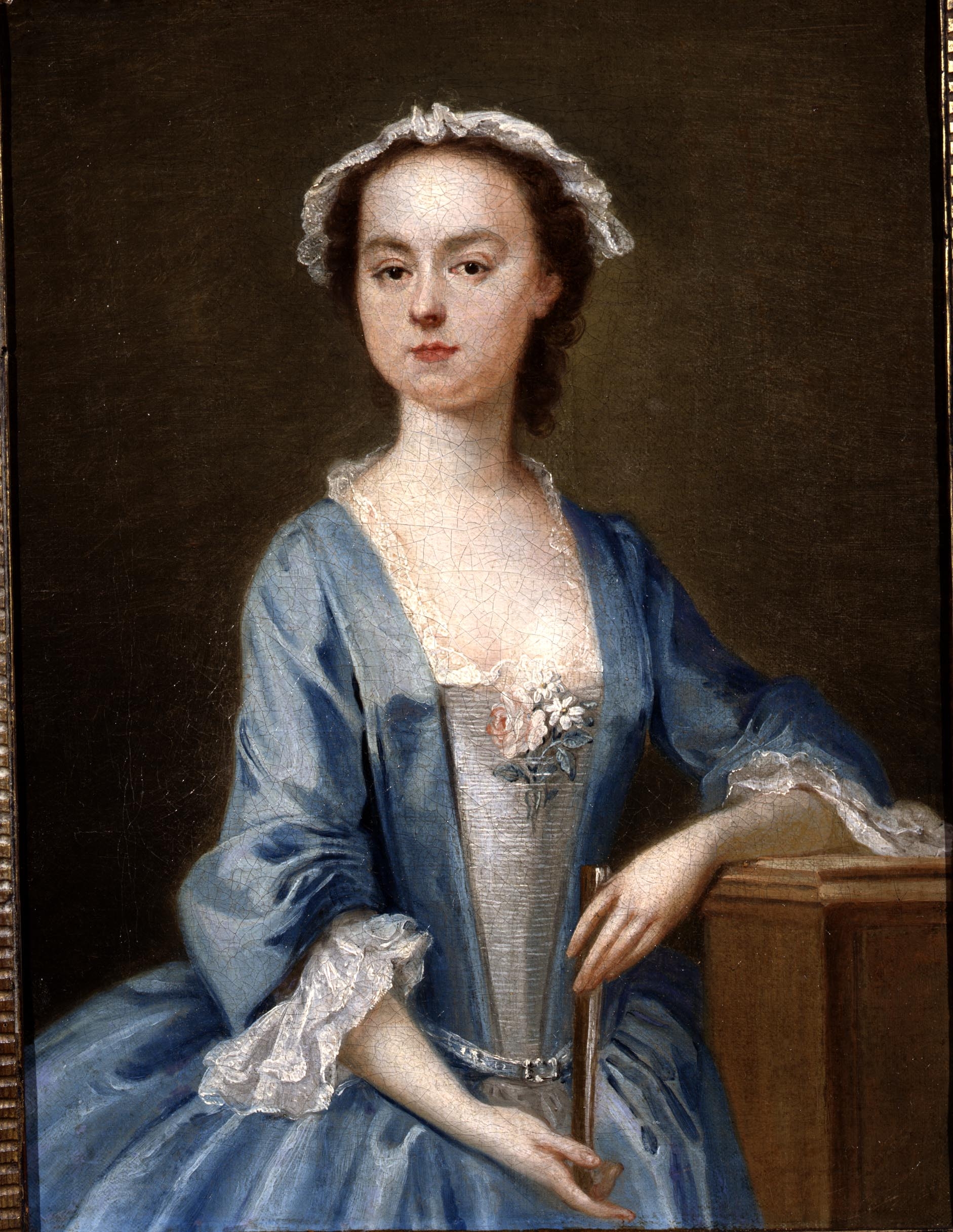 Portrait of a woman in blue (1740s) by Jeremiah Davison

“In this charming portrait, Davison shows an affinity with smaller-scale portraiture that recalls the contemporary work of William Hogarth and displays a similar gift for engaging characterization on this scale. Jeremiah Davison was born in England, and may have trained at the Kneller Academy in St Martin’s Lane, but his parents were Scottish, and it was for Scottish patrons that much of his work was commissioned. Among other notable sitters he painted during a three year sojourn in Scotland from c.1737 – 1740 were the Duke of Atholl and Duncan Forbes, President of the Court of Session.

This portrait displays on a small-scale the distinctive angular pose that is so familiar from his three-quarter length portraits on the scale of life. Although Davison is known to have employed Joseph Van Aken as his drapery painter, in common with many Covent Garden painters such as Allan Ramsay and Thomas Hudson, the beautiful blue and oyster silk dress that the sitter is wearing must in this instance be the painter’s own work.”