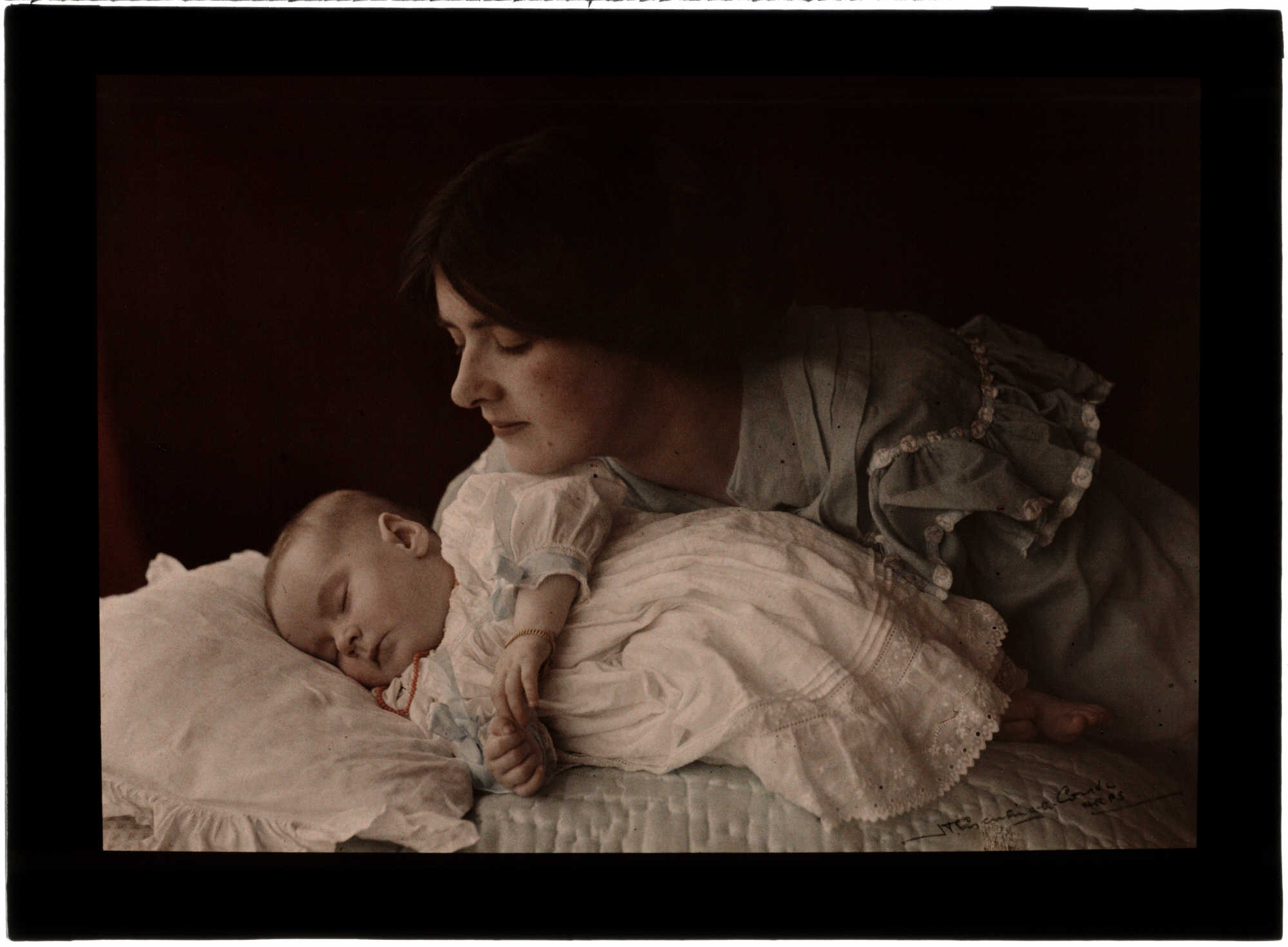 “This is an autochrome – an early colour process which used a glass plate covered in microscopic, red, green and blue grains of potato starch. (…) Shown at the 1912 RPS exhibition, this sensitive portrayal of a mother and her baby, is usually assumed to be of Essenhigh-Corke’s own family. Certainly, circumstantial evidence would seem to support this. In 1910 he had married Eva Seymour and the couple may well have had a baby by the summer of 1912. Moreover, the intimacy of the work suggests that the subjects were well known to the photographer. However, there is no record of Henry and Eva having any children. Sadly, if they did, those children would very soon be orphans. Described as ‘somewhat frail in appearance’, Essenhigh-Corke often suffered from ill health. In the winter of 1918 he contracted pneumonia and died of heart failure on 24 February, 1919, aged just thirty-five. His young widow, Eva was to die the following year.”