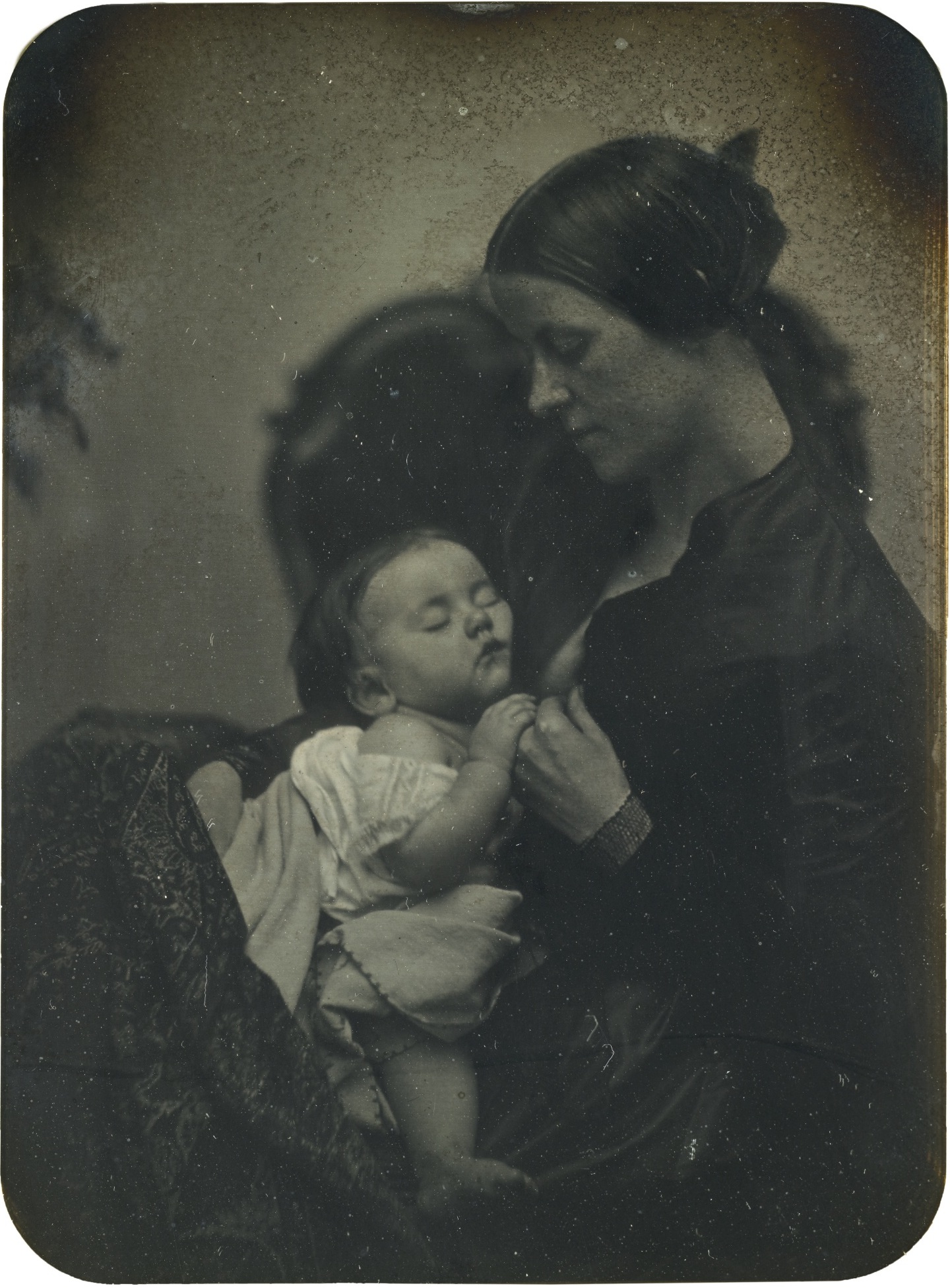 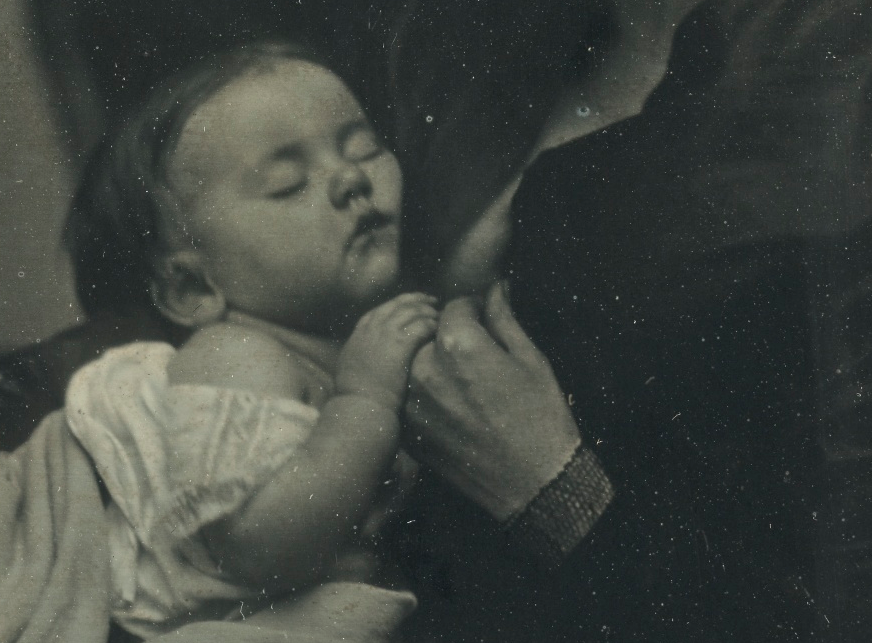 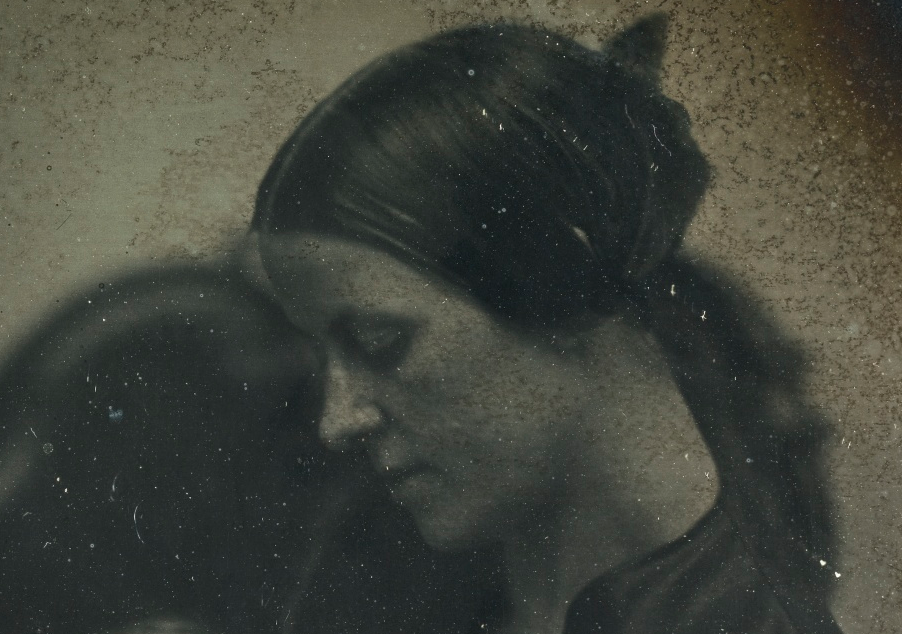 Mother and Child ~ 1845-50s
.
Half-plate daguerreotype, with a modern seal, framed, Buhl Collection and Guggenheim Museum exhibition labels on the reverse, 1845-50. Photo by Albert Sands Southworth (1811-1894) & Josiah Johnson Hawes (1808-1901). From The Southworth & Hawes studio, Boston.
.
This image is certainly one of the most intimate and endearing photos of a mother and child and it show the mastery of Southworth and Hawes in capturing such an intimate moment so brilliantly. It emanates such peacefulness and motherly love. It looks like the bodice of the mother has been opened for breastfeeding and the child has just fallen asleep after nursing. A sweet milk slumber. And the child does not want to let go of mother’s hand which was about to close her bodice again. We get to see a nice detail of black lace trim on the mother’s sleeve. The mother truly looks like a Madonna, introverted and utterly devoted to her child as if the rest of the world does not exist. It is just her and her baby. That is what motherhood feels like.
.
♥
.

This photo appeared in the following exhibitions and publications:

West Palm Beach, Norton Museum of Art, A Show of Hands: Photographs and Sculpture from the Buhl Collection, January – March 2008

Grant B. Romer and Brian Wallis, eds., Young America: The Daguerreotypes of Southworth & Hawes (George Eastman House and the International Center of Photography, 2005), cat. no. 1604