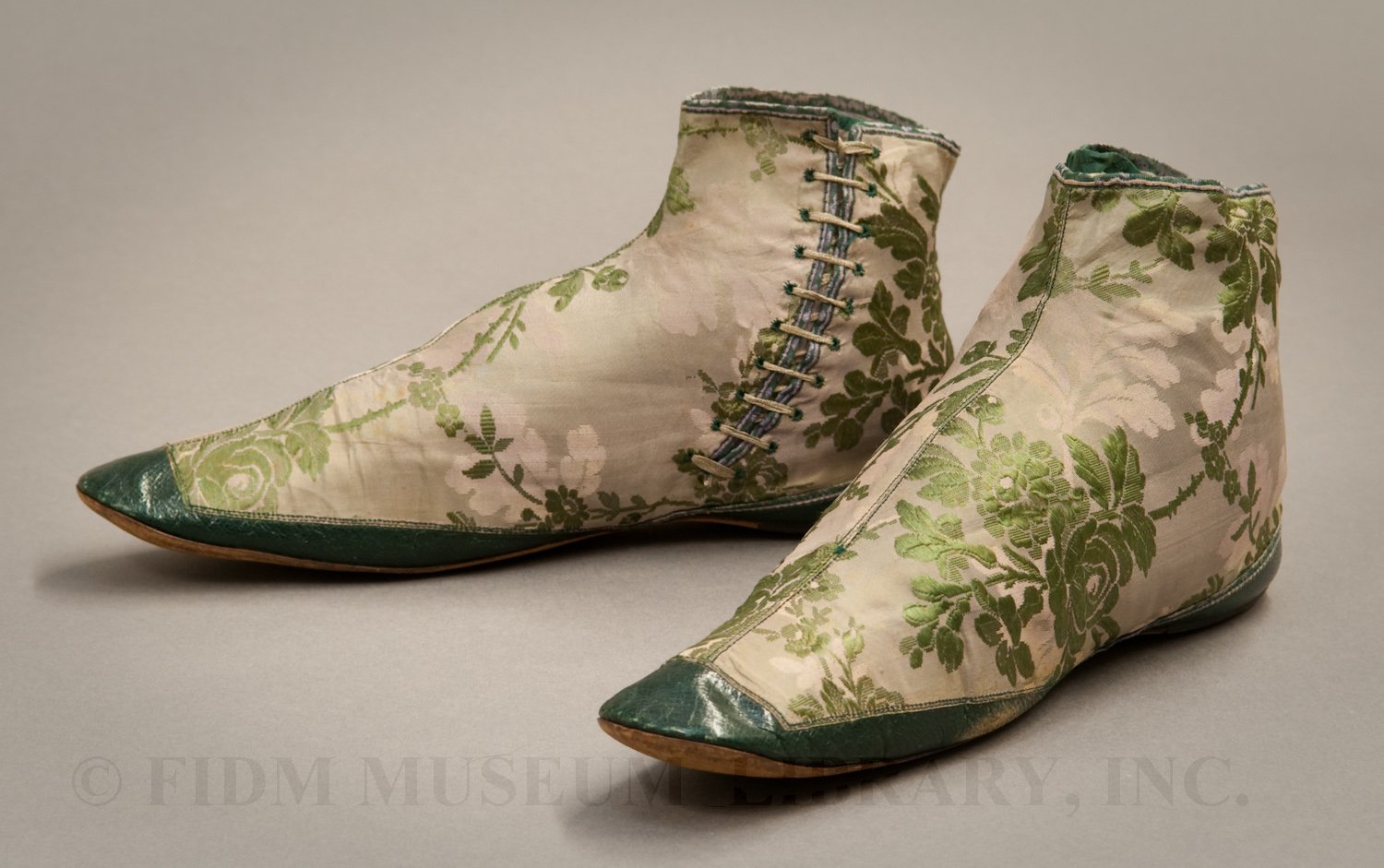 This pair of nineteenth century evening boots feature a pattern of roses and twining foliage. Made of a lightly iridescent silk damask brocade accented with green leather foxing at the heel and toe, these boots were almost certainly made to match an evening gown. Because of their delicacy, they would have been worn indoors only. As was common throughout much of the 19th century, these boots have undefined left and right soles. Shoes with distinctly different shapes for the left and right food didn’t became widespread until the late 19th century.