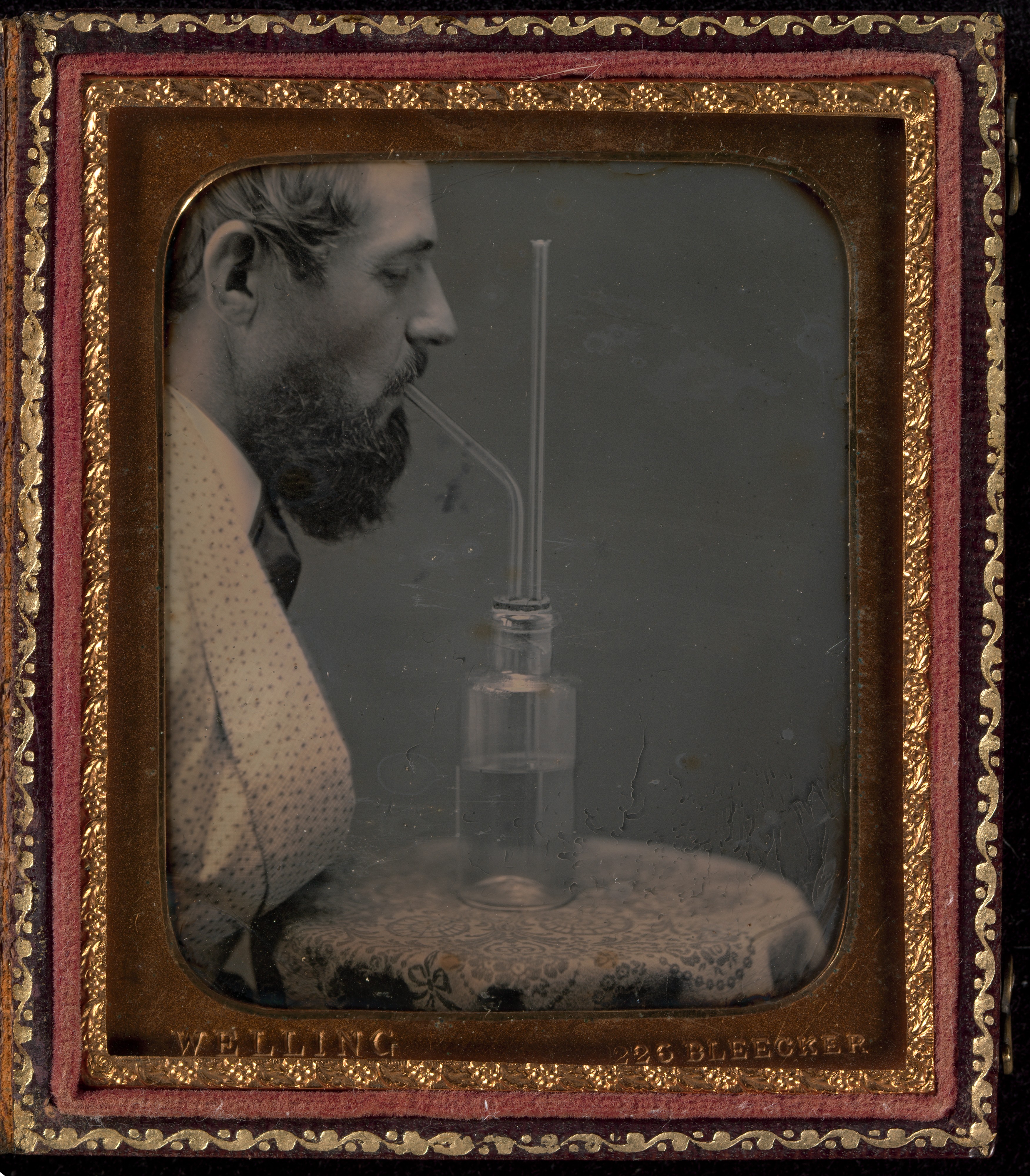 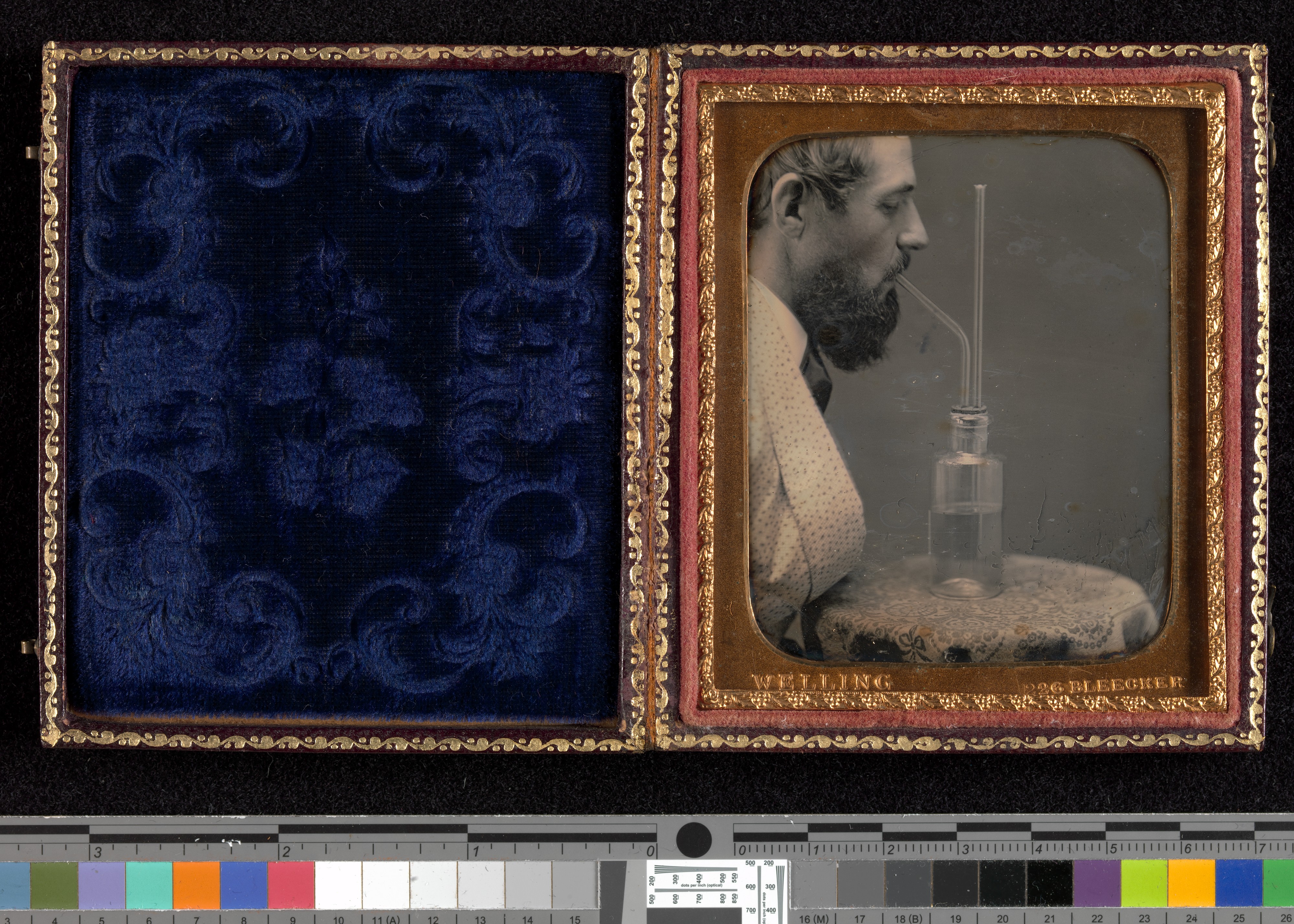 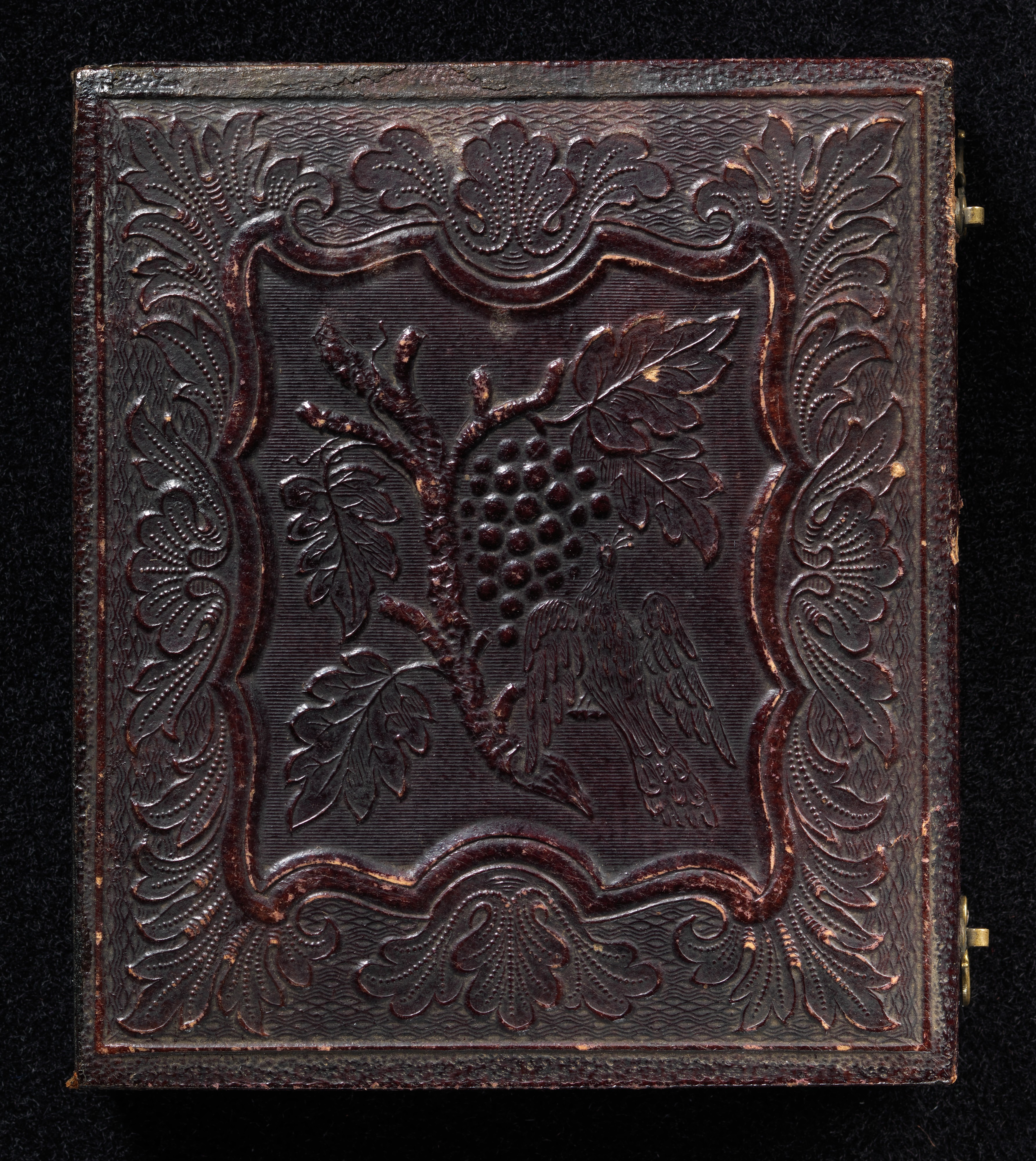 ” Between 1850 and 1859 Welling operated a daguerreotype portrait studio at 226 Bleecker Street in New York City. No ordinary likeness, this daguerreotype (a unique silver image on a copper plate) of James Hyatt served as the basis for an engraving in his textbook for schoolchildren “The Elements of Chemistry” (1855). According to Hyatt, chlorine gas is used “medicinally in pulmonary diseases, in which case it is best inhaled from an exceedingly dilute aqueous solution, by drawing with the mouth at the tube in a simple apparatus.” The portrait provided an effective illustration of the scientific technique as well as a cautionary tale: Hyatt warns his young readers that overexposure can lead to “inflammation, coughing, spasms, and death.”
.
{ via: MET Museum }