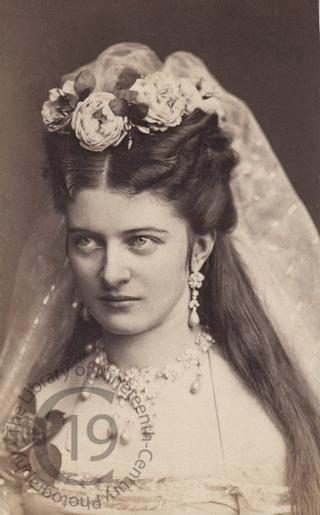 Countess Johanna (Hanna) Erdödy was the daughter of Lajos Erdödy de Monyorókerék et Monoszló and Johanna Raymann. Born on 10 April 1846, she married Béla Széchenyi de Sárvár-Felsövidék in 1870. The couple had two daughters but Hanna died of ‘childbed fever’ (puerperal sepsis) at Nagycenk in Hungary on 18 October 1872, shortly after the birth of her second child. Her first child was Alice Széchényi de Sárvár-felsővidék, born September 2, 1871. Her second child was Johanna Széchenyi.

Over the centuries, several members of the Erdödy family held important posts in the Kingdom of Hungary. The family owned many estates in western Hungary and in Croatia and were one of the largest landowners in the Austro-Hungarian empire. The Palais Erdody in Vienna, acquired by the Erdody family from the Esterházys, suffered bomb damage during World War II and was demolished in 1955.