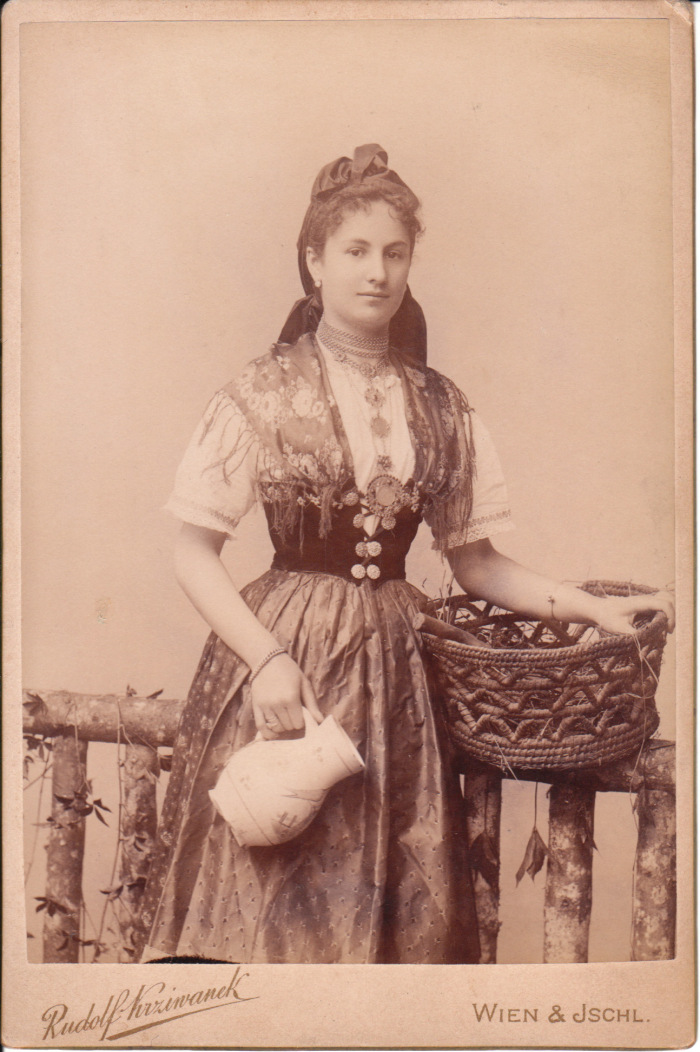 Woman with pitcher by Rudolf Krziwanek, 1894

A pretty Austrian woman poses for her portrait at the studio of Rudolf Krziwanek. The woman is holding a pitcher in one hand and a basket with the other hand. The reverse of the photograph has an imprinted date which indicates that the image is from 1894. Krziwanek had studios in both Vienna and Ischl, Austria. Rudolf  Krziwanek was a noted Austrian photographer in Vienna. He operated his studio there between 1870 until his death in 1905. He is well known for the many portraits he took of the Hapsburg Court.

Below a similar photo to the one above: 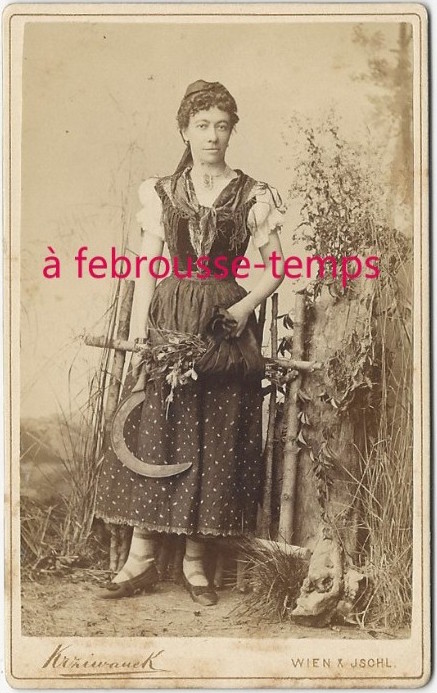