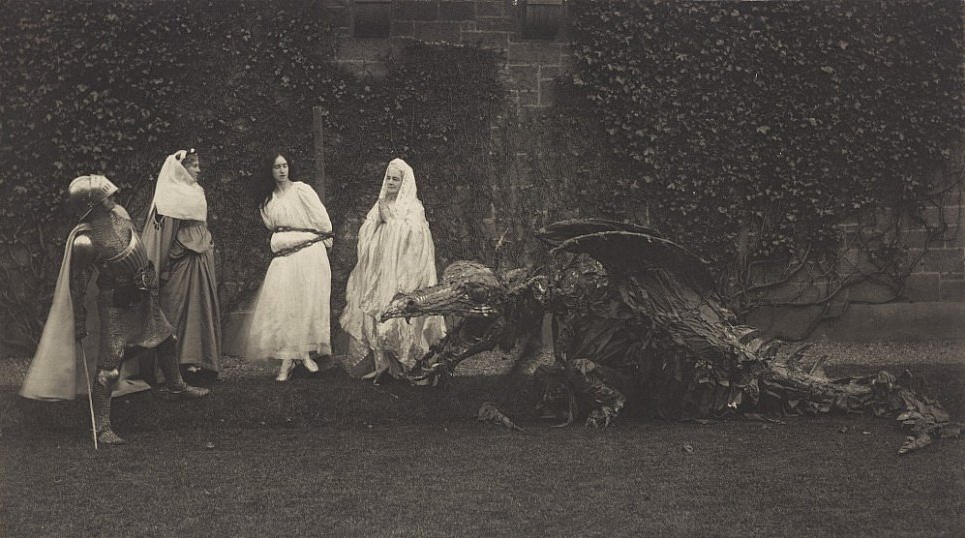 Masque of St George and the Dragon by Edward Drummond Young, 1908

This photograph was almost certainly taken at the same time as ‘Rehearsal for the Scottish National Pageant at Saughton Park, Edinburgh’. Both photographs feature the painter E.A. Walton but here we also see Walter Crane, his wife Mrs Walter Crane and Cecile Walton. The figures featured in both these photographs worked closely together as artists, designers and patrons. At this time, contemporary dress was stiff and formal. This may help to explain the group’s enthusiasm for fancy dress and amateur acting – it offered a way of escaping the present into a world of lavish fantasy.
.
Born in Edinburgh, Edward was the son of artist and cabinet maker William Drummond Young. Like his father he trained as a painter, specializing in still lives, but he also painted genre scenes, landscapes and portraits. He spent some time in Paris and the United States of America, before deciding to return and settle in Edinburgh. Together with his father, Edward founded the photographic firm, ‘W Drummond Young & Son’, which first appears in directories in 1897 advertised as “Photo Specialists, Press Work, etc”. The business quickly established an international reputation. Edward later published a book called ‘The Art of Photography’ that claimed to “help the tyro and the expert alike” with directions on everything from correct lighting to mounting and framing the final works.
. 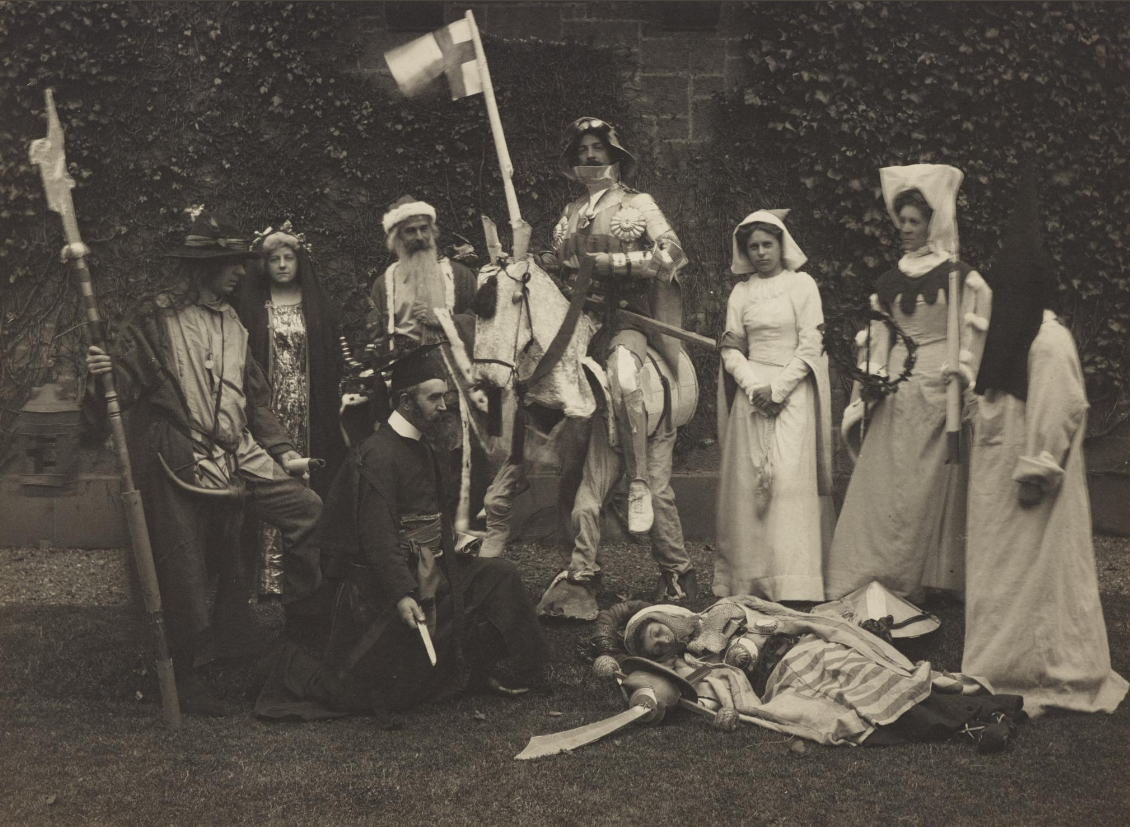 .
Rehearsal for the Scottish National Pageant at Saughton Park, Edinburgh, 1908
.
The Scottish National Pageant was held at Saughton, Edinburgh, on June 13, 1908. The pageant had a resemblance to English folk ceremonies with an arbitrary cast of characters, including Father Christmas and St George. Those participating are George Walton, Mrs Walton, George Davison, Alfred Longden, John Hassall, E. A. Walton, Mrs Hassall and Nellie Henderson. These figures worked closely together as artists, designers and patrons.
.
source: Scottish National Portrait Gallery