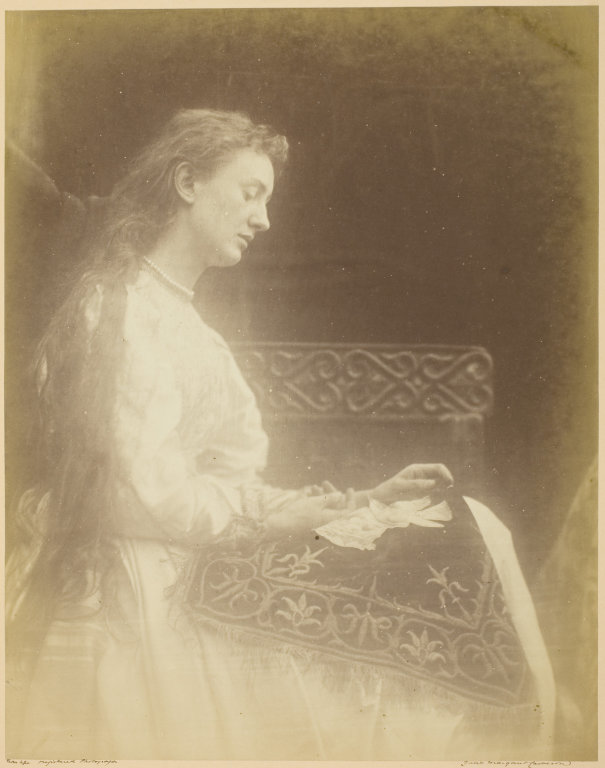 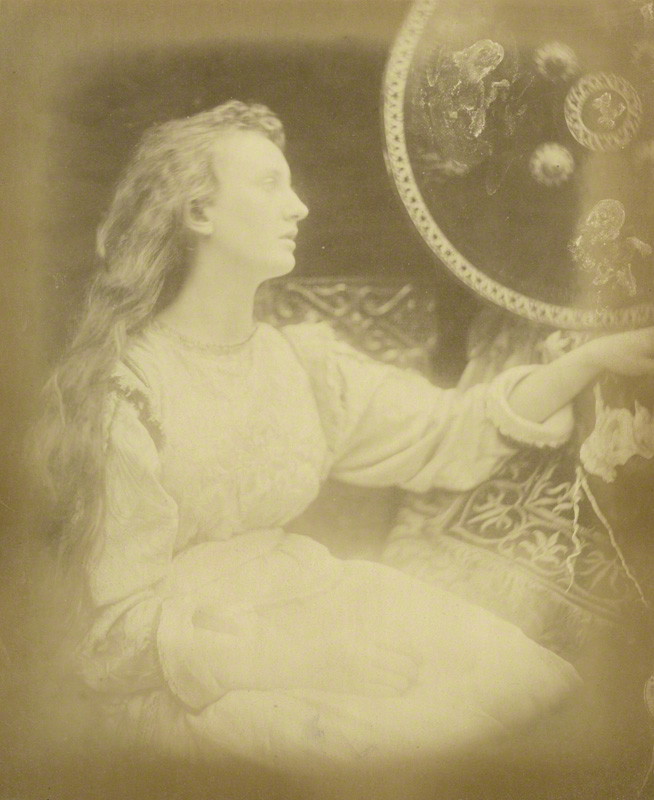 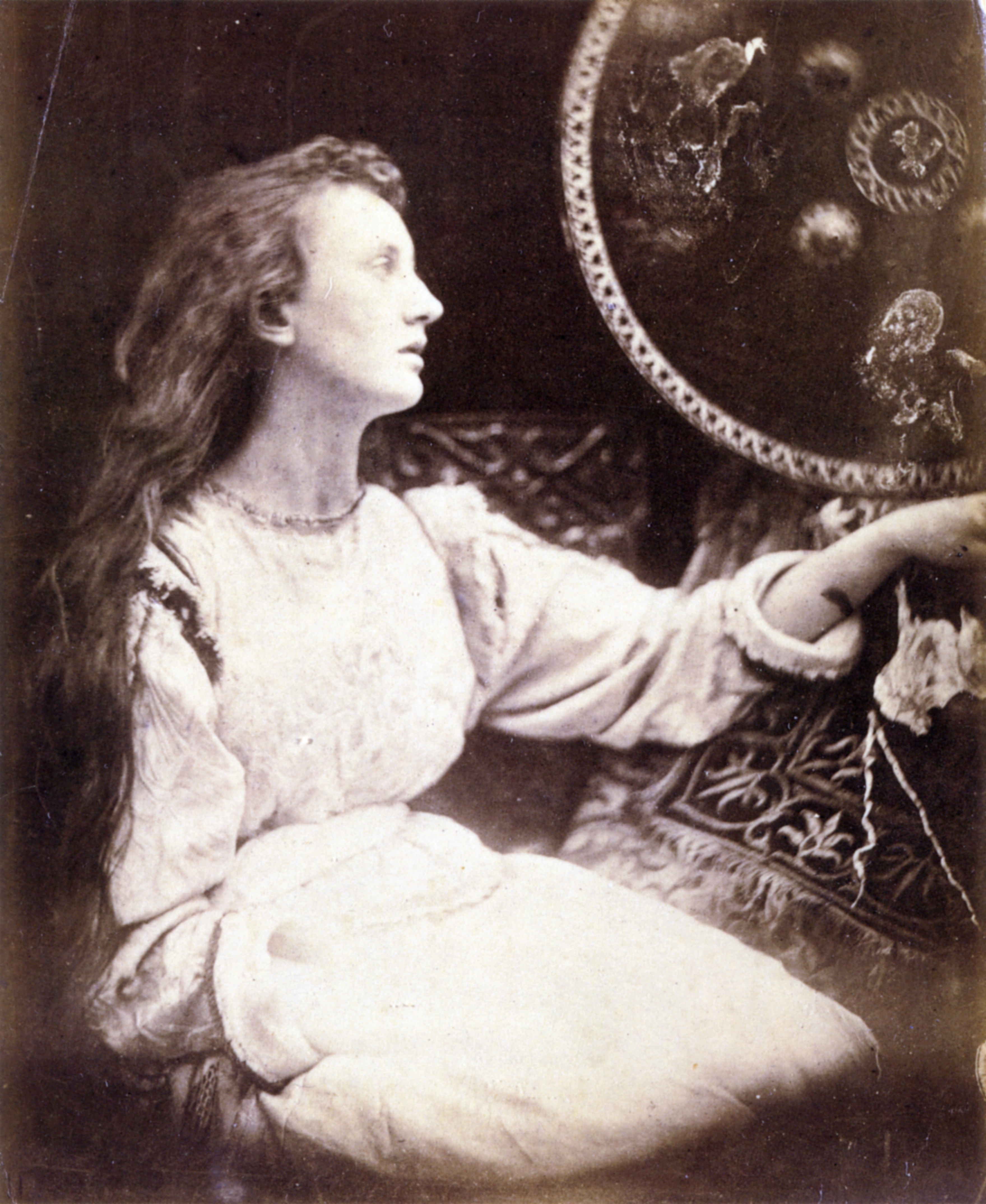 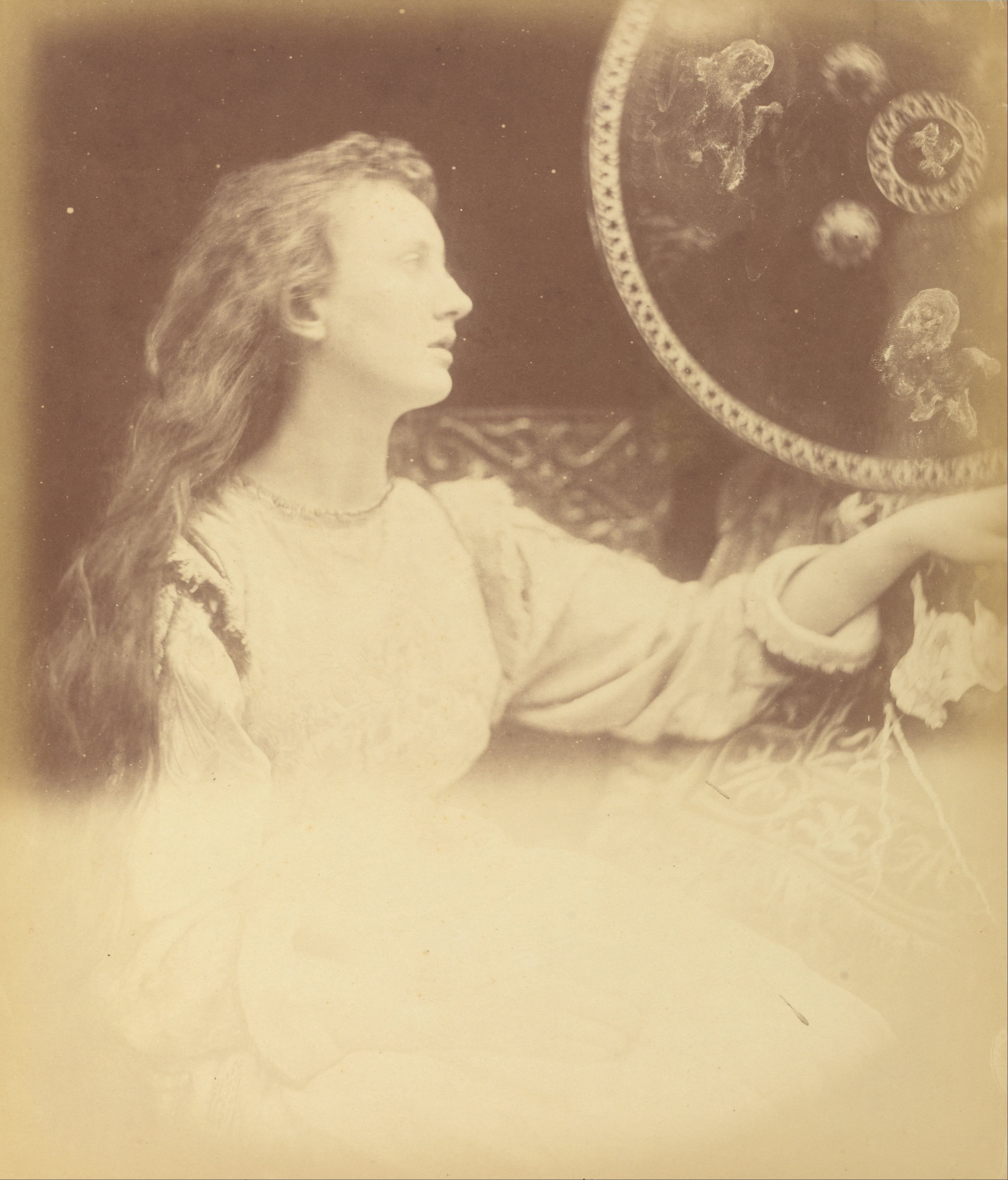 May Prinsep as Elaine the Lily maid of Astolat by Julia Margaret Cameron, ca. 1874

Elaine of Astolat is a figure in Arthurian legend who dies of her unrequited love for Sir Lancelot. Also referred to as Elaine the White and Elaine the Fair, she is the daughter of Bernard of Astolat. Versions of her story appear in Sir Thomas Malory’s Le Morte d’Arthur and Alfred Lord Tennyson‘s Idylls of the King. Elaine’s story is also the inspiration for Tennyson’s poem “The Lady of Shalott“. 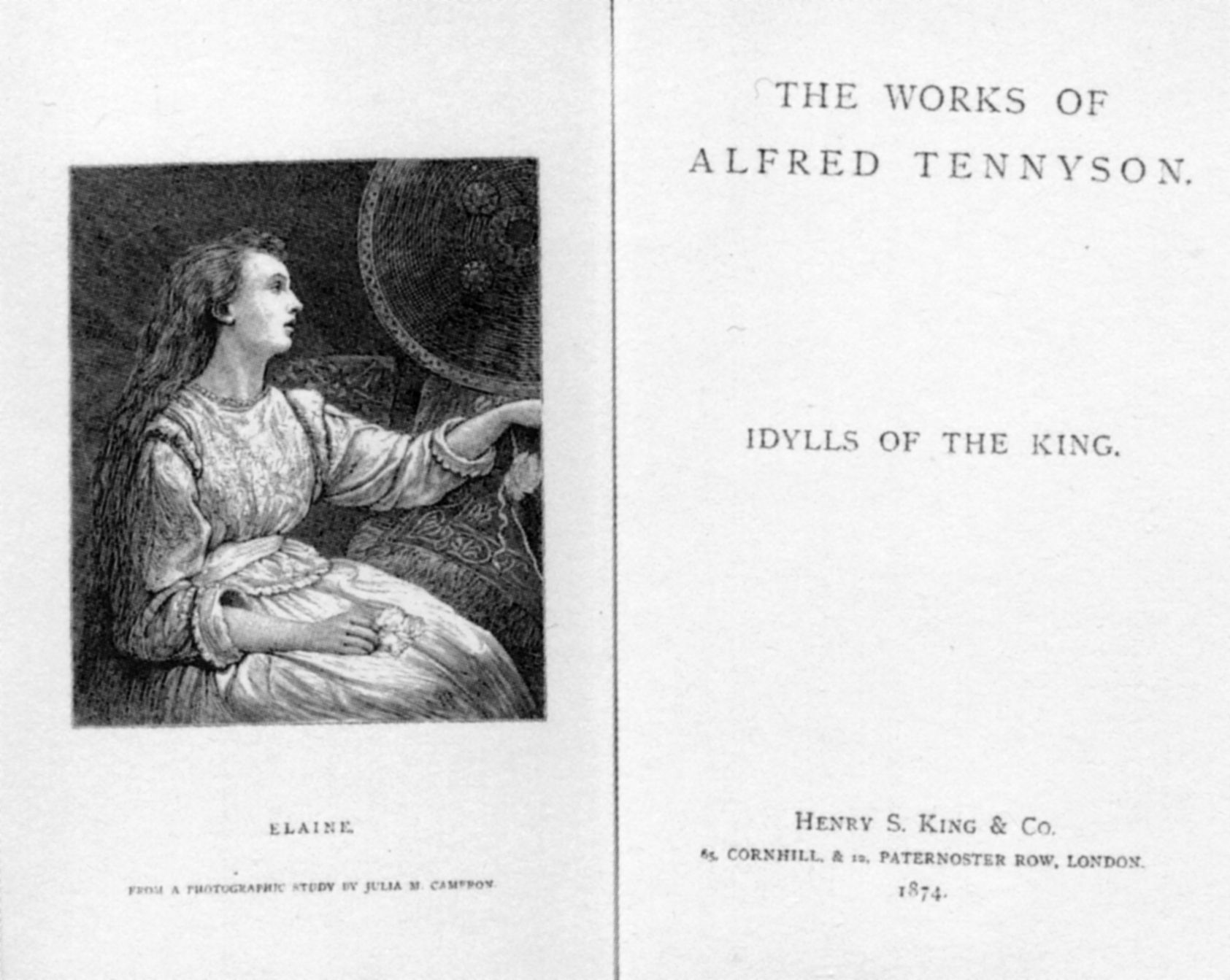 Mary Emily (‘May’) Prinsep (1853-1931) was the daughter of Charles Robert Prinsep, born in India and later the owner of a large nutmeg plantation in Singapore. (Prinsep Street and Prinsep Place in Singapore are named for him.)

This print was auctioned at Christie’s: 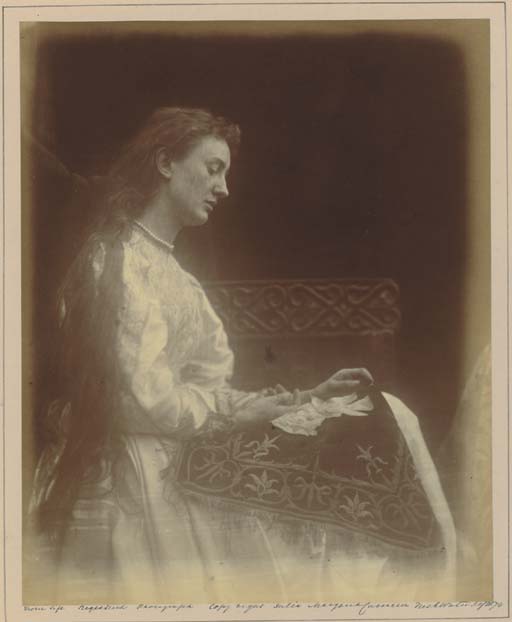