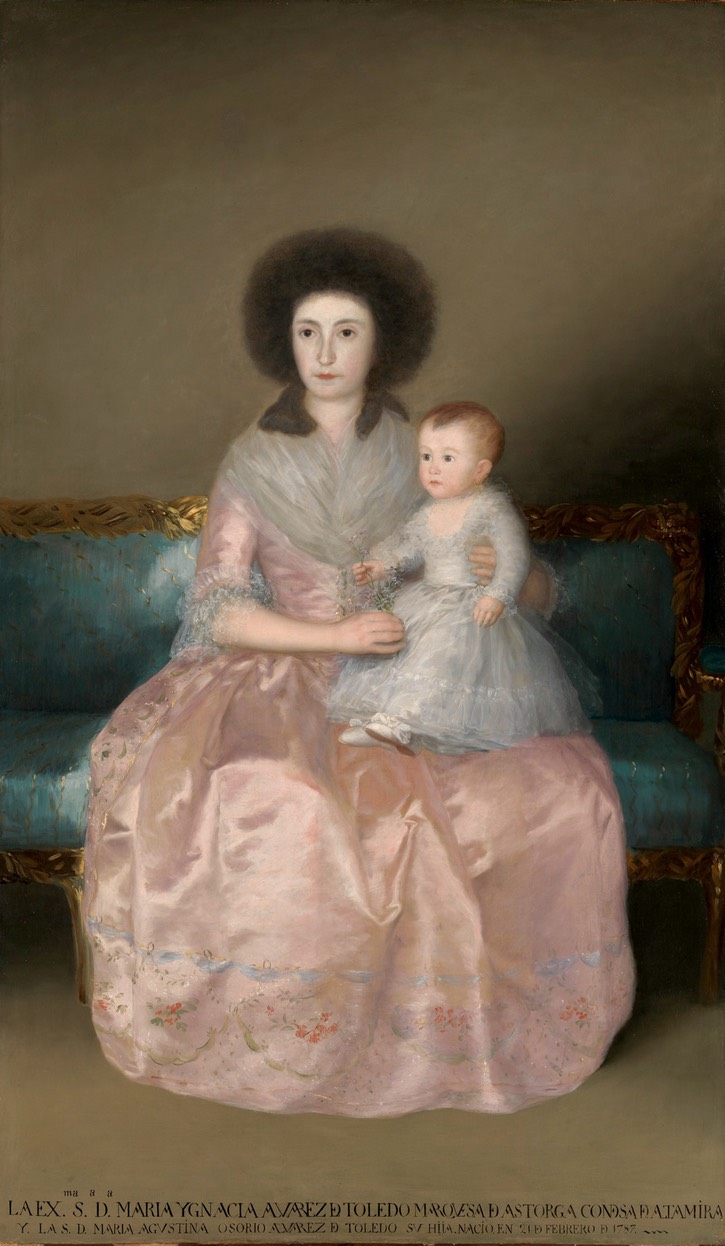 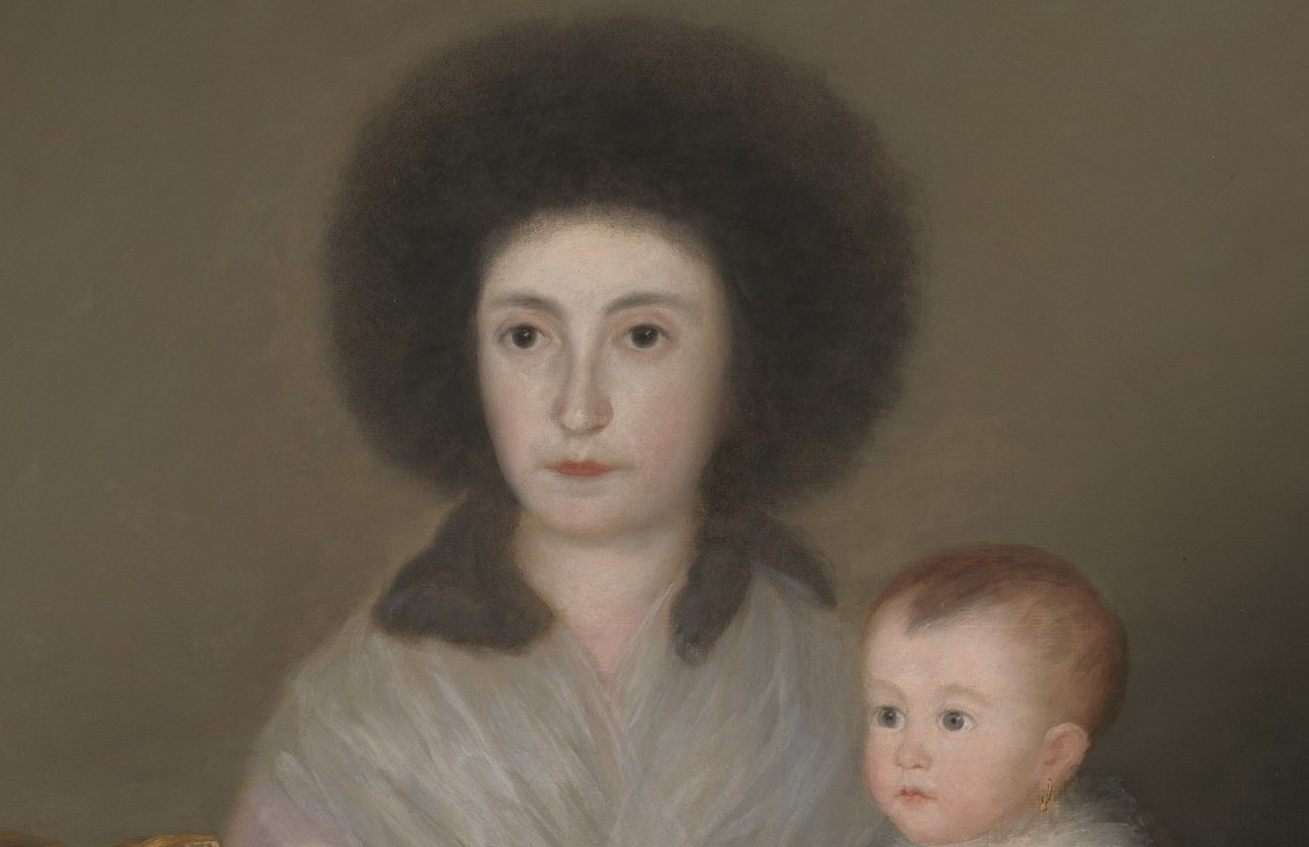 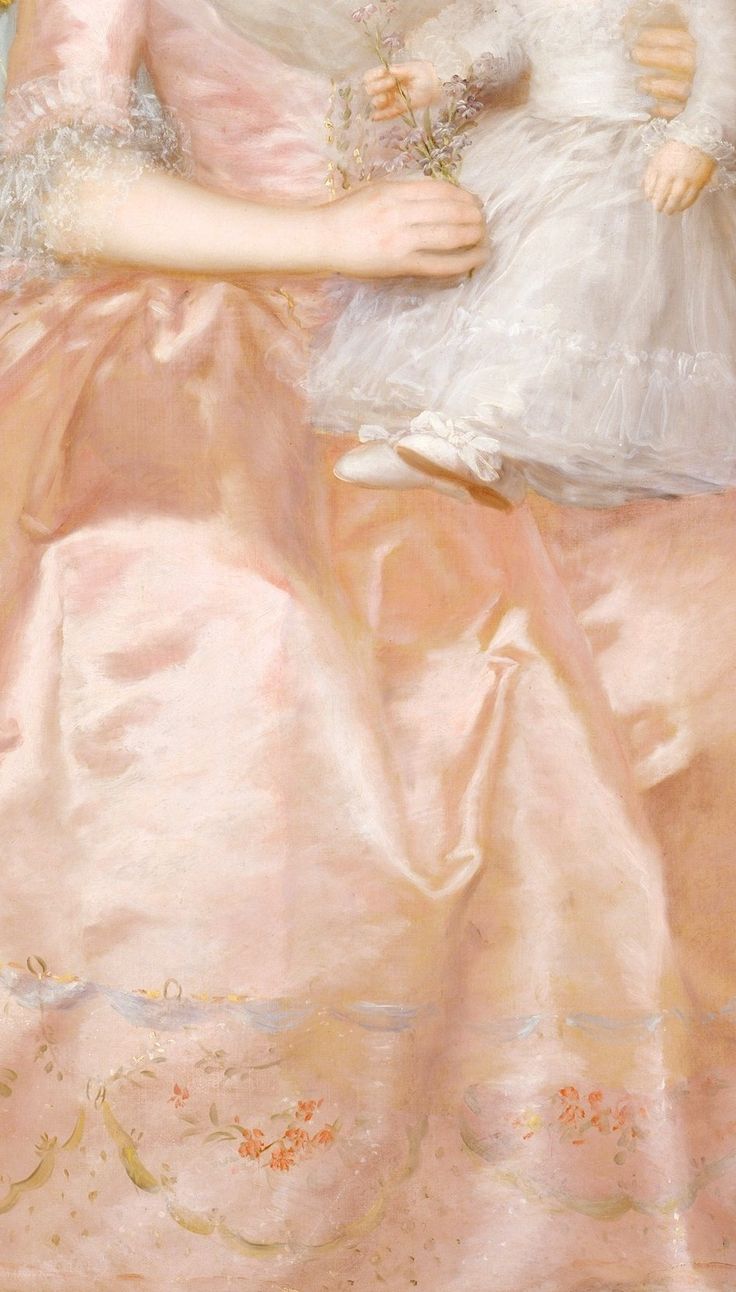 Ignacia María Álvarez de Toledo, the Countess of Altamira was the wife of Don Vicente de Cordoba, Count of Altamira and Marquess of Astorga whom Goya also portrayed. She is sitting on a blue sofa with gold decoration and is holding her one-year-old daughter, Maria Agustina, in her arms. The bottom of the countess’s dress is decorated with a filigree of flowers in blue, orange and green.

This imposing portrait is one of four that Goya painted of members of Count Altamira’s family. (Another is the Museum’s portrait of Don Manuel Osorio Manrique de Zuñiga) The patronage of this powerful family greatly advanced the artist’s career; shortly after this work was completed, he was appointed court painter to Charles IV, king of Spain. Goya’s brilliant treatment of the countess’ gown, with its shimmering embroidered silk, attests to his mastery of technique, while the distant, introspective expressions of the sitters reveal his ability to endow even the most formal of portraits with a penetrating psychological immediacy.